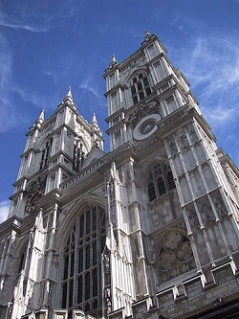 On the Royal wedding date 29 April 2011 in England with Will and Kate, rumour is that large scale strike/demonstration by the people particularly the Islamic tribe has been planned.  Will there be large scale demonstration by the people on that day?
Chart data: 8.08am 23 April 2011 Hong Kong. Asc 7 Gemini 58.
We are looking here for testimonies that it is true.  If we have few or none of these, by default it is false.
To be true:
·      The angles of the chart should be in fixed signs.
Testimonies: 2 out of 4 angles are in fixed signs. (50-50)
·      L1, L3, the Moon and the Moon’s dispositor should be in fixed signs and angular houses, or at least fixed signs and succedent houses.
Testimonies:
L1 Mercury – cardinal sign and succedent house (not true)
L3 Moon – cardinal sign and succedent house (not true)
Moon – cardinal sign and succedent house (not true)
Moon’s depositor Saturn – cardinal sign and succedent house (not true)
With most testimonies that the rumour is not ture, I judge that large scale demonstration will not happen.
To reconfirm, I use another way of looking at the chart:
England is a foreign country to me so the chart has to be turned.  (L9 is the turned L1 for England).  Royal family and royal wedding is signified by the turned L10 which is the radix L6 i.e. Mars.  The people is signified by the Moon.
Mars is in his own sign essentially strong, there is no serious affliction to Mars.  Hence the wedding is strong.   The Moon is weak as it is in her detriment and in succedent 8th house, if the people are weak, it follows that large scale demonstration is unlikely.  Also the Moon is in exaltation of Mars the Royal family, the people love the Royal wedding so much that they will not bother to carry on a large scale strike.
Therefore either way the chart shows that large scale demonstration will not be happening on the Royal wedding date.

Traditional Wicca in the American South

perfume obsession and the scented skin

Tarot and Kitties by Oephebia

All about tarot , spiritual learning and.....kitties :)

the wørkshop blog - where ideas get made
Black Angel Cards

trapped in the broom closet

level up life with tarot